As a certified dog trainer for the last 12 years, Nando Brown has worked with dogs that others have been called untrainable and has rescued canines who otherwise would have had little chance of survival. 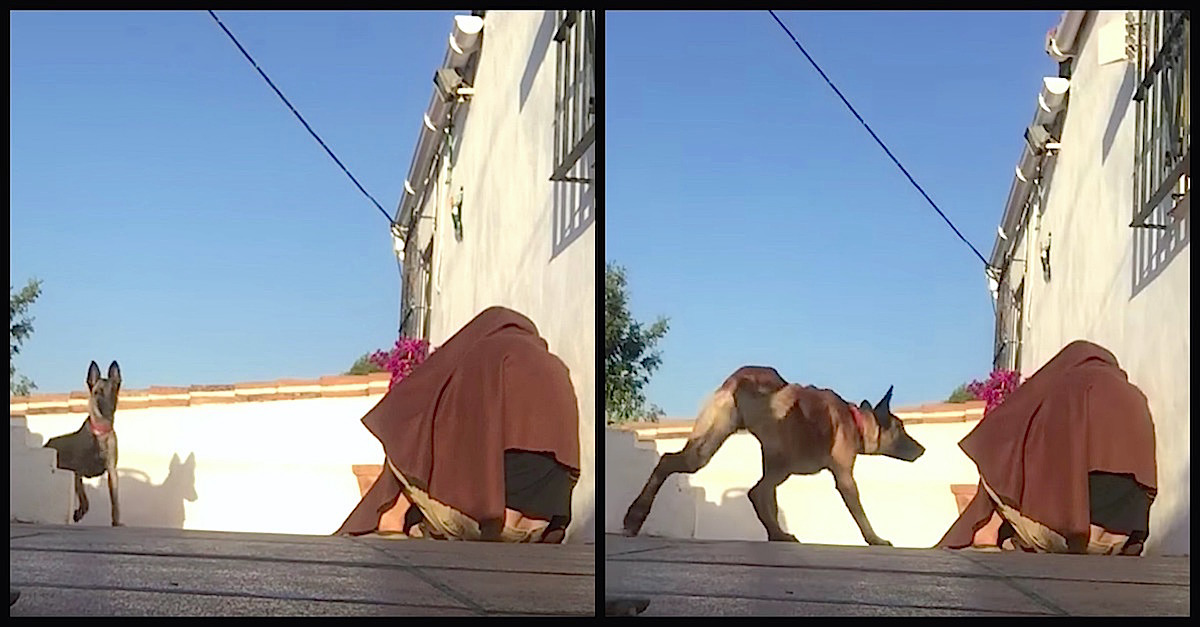 Brown doesn’t only rehabilitate the dogs but also finds them homes.

The trainer from Hereford, England has four dogs of his own, who absolutely adore him and missed him when he recently took a trip to Holland.

The video below features one of his dogs, a Malinois called Fizz who has no idea that his human has returned.

Brown decides to prank Fizz by hiding under a big brown blanket until she spots him! With a camera set up, Brown takes his position on the terrace and waits. Before, however, he muses that he could all go wrong, ending with him being bitten on the bum.

Fizz eventually spots the mass covered in a blanket. She cautiously inspects it before sniffing it. You can tell she is growing excited. Slipping underneath the blanket and pulling it off herself, she uncovers Brown and cannot contain her joy!