British actor Sir Ian McKellen has revealed that he would like to play Gandalf again in Amazon’s Lord of the Rings TV series, though he admits he has not been approached just yet. It was recently announced that Amazon bought the global television rights to J.R.R. Tolkien’s fantasy epic. Lord of the Rings has already been made into movie trilogy directed by Peter Jackson and went on to earn over $3 billion at the worldwide box office and a staggering 17 Academy Awards, with the final installment in the trilogy winning 11 alone. 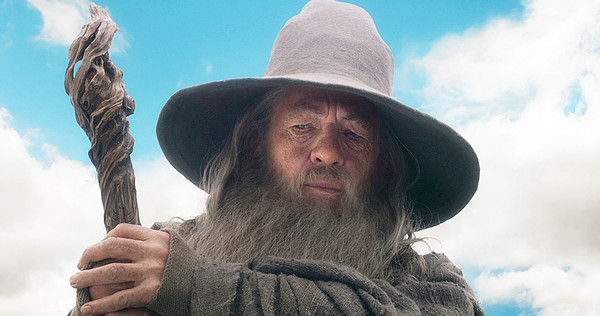 Ian McKellen expressed his desire to still do the role during a recent interview on Graham Norton’s BBC Radio 2. McKellen had been asked about his thoughts on another Gandalf besides himself to which he had a surprising answer. Though he hasn’t been asked, it might be time for Amazon to step up and call Sir Ian McKellen to recruit him. McKellen had this to say.

“What do you mean, another Gandalf? I haven’t said yes because I haven’t been asked. But are you suggesting that someone else is going to play it? Gandalf is over 7000 years old, so I’m not too old.”

Since Amazon is basing its new Lord of the Rings prequel on the collective novels of J.R.R. Tolkien, we might just see Gandalf again, this time on the small screen. McKellen played the role of Gandalf both in the Lord of the Rings trilogy and the prequel The Hobbit trilogy, so it would be a no brainer to bring the actor back. Amazon is aiming to make a Game of Thrones type of show, which means they’re going to have to drop some serious money to get it off of the ground, so why not use some of that cash to bring back Sir Ian McKellen?

While Ian McKellen is ready to jump into the TV series, his Lord of the Rings co-star Andy Serkis isn’t interested at all. The actor behind Gollum made headlines last month when he admitted to the Toronto Sun that his time with the franchise is over and that he isn’t interested in playing a part in the Amazon series. Andy Serkis has gone on to become one of the most in-demand motion capture actors in history, playing Caesar in the Planet of the Apes reboots as well as Supreme Leader Snoke in the latest Star Wars trilogy. Serkis had this to say.

“I don’t think I actually would at this point in time. I feel like I’ve been part of Middle-Earth for a long period of time in my life and it was a great experience, but I can’t foresee that.”

Using Gandalf as the connective tissue to make the series and movies both canon would be a great idea. However, it’s unknown if the two projects are connected at this point, though it seems hard to believe that they wouldn’t be. Amazon, don’t mess this up. Sir Ian McKellen is offering his services. Do whatever you can to make this happen, break the piggy banks, get down and beg, whatever you have to do. This is Gandalf we’re talking about here. You can read more about what Sir Ian McKellen had to say about returning as the iconic Gandalf via Digital Spy.

Do share this with your friends on social media.