Sergeant Stubby, a pitbull dog, was the official mascot of the 102nd Infantry Regiment (United States), assigned to the 26th (Yankee) Division. He served for 18 months and participated in seventeen battles on the Western Front. 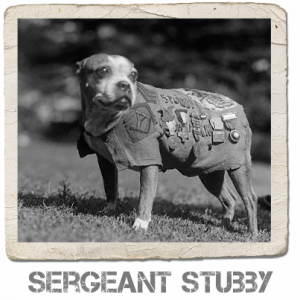 He saved his regiment from surprise mustard gas attacks, found and comforted the wounded, and once caught a German soldier by the seat of his pants, holding him there until American soldiers found him. His exploits were often front page news in major newspapers. 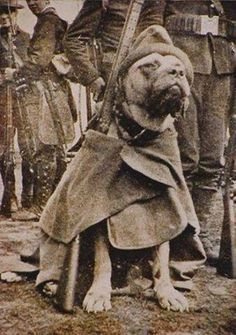 Stubby was found wandering the grounds of the Yale University campus in New Haven, Connecticut in July 1917 while members of the 102nd Infantry were training. One soldier, Corporal Robert Conroy picked him up, trained with him, and developed fondness for the dog.

When time for the troops to ship out, Conroy hid Stubby under his overcoat and boarded the troop ship sailing to France undetected. 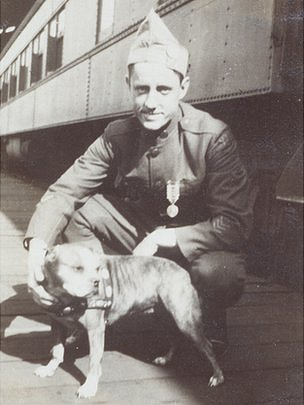 Stubby served with the 102nd Infantry Regiment in the trenches in France for 18 months and participated in 17 battles, getting wounded and recovering multiple times, but always boasting the morale of the soldiers.

When Stubby was injured by mustard gas, after he recovered, he returned with a specially designed gas mask to protect him and quickly learned to recognize and warn his unit of poison gas attacks. He could locate wounded soldiers in no man’s land, and — since he could hear the whine of incoming artillery shells before humans could — became very adept at letting his unit know when to duck for cover. 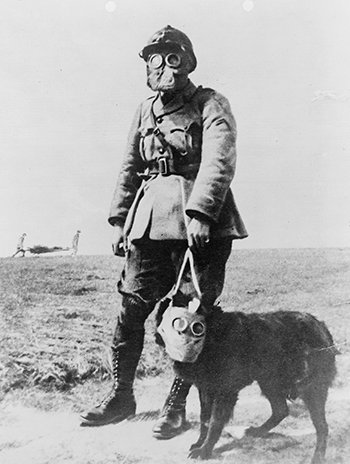 He was solely responsible for capturing a German spy in the Argonne, following which the commander of the 102 Infantry nominated Stubby for the rank of sergeant. He was later injured in the chest and leg by a grenade. 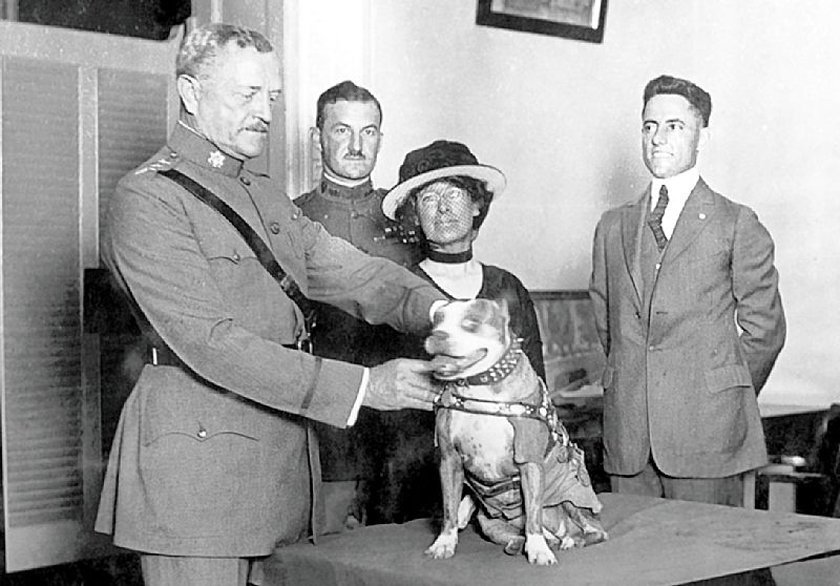 At the end of the war, Robert Conroy smuggled Stubby home, where Stubby became a celebrity and marched in, and normally led many parades across the country. He met Presidents Woodrow Wilson, Calvin Coolidge, and Warren G. Harding. 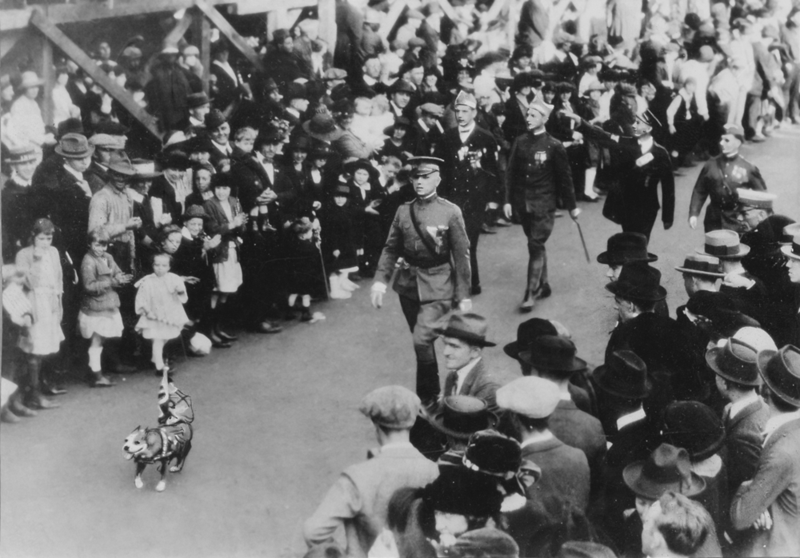 Stubby died in his sleep in 1926. After his death, he was preserved with his skin mounted on a plaster cast. Conroy presented Stubby to the Smithsonian in 1956. 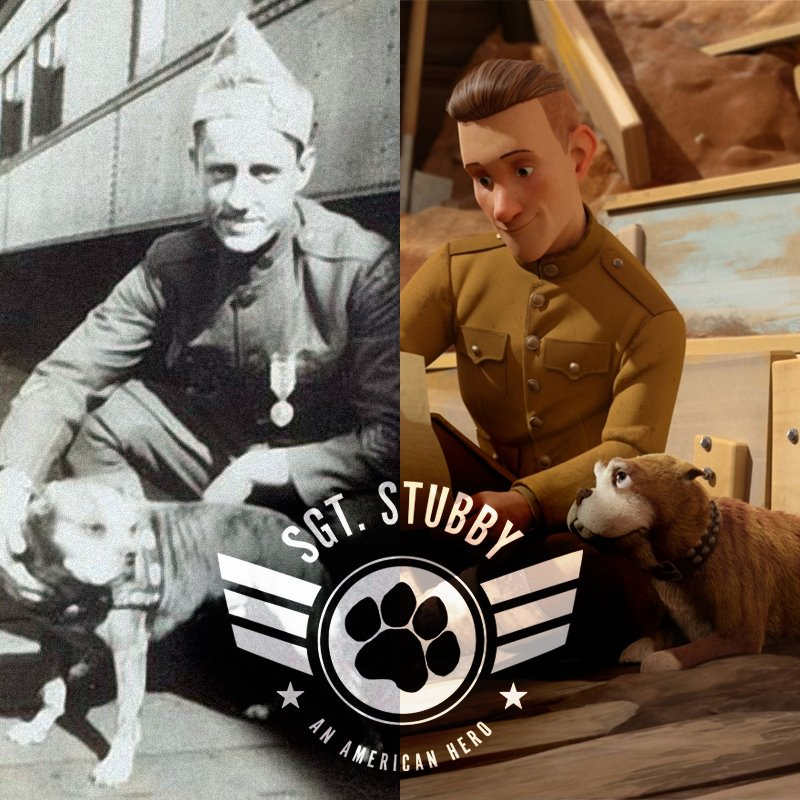 “Sgt. Stubby: An American Hero” is an upcoming animated feature-length film based on the life and times of Stubby, scheduled for theatrical release on April 13, 2018. It has also been endorsed as an official project of the United States World War I Centennial Commission. 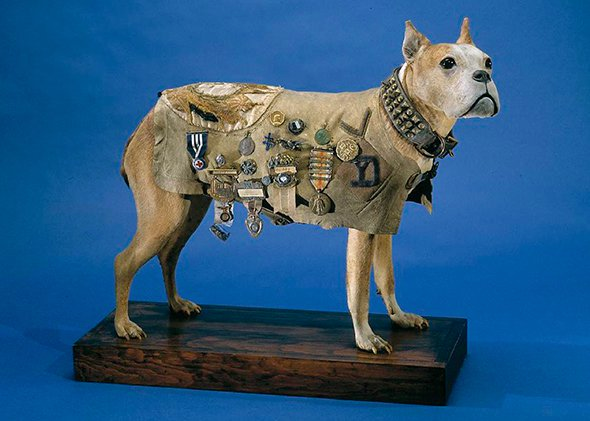 A dog’s a man’s best friend. They stay with you through love and war. Kiss your pup, hug your dog and share Sgt. Stubby’s story with all the dog lovers and anybody who doubts how amazing and loyal these barking creatures are.