Disney’s Star Wars: The Last Jedi opened to theaters over the weekend after 2 years of waiting, speculating, and fan theories. Director Rian Johnson took everything that fans though that they knew about Star Wars and turned it upside down, throwing in surprises and plot twists that took many fans over the edge. Many hardcore fans were disappointed in a lot of the risks that Johnson took, but critics overwhelmingly praised the movie as did a lot of the fan base. However, a quick glance at the Rotten Tomatoes user score shows something much different than what is shown in the Cinemascore rating. Further evidence suggests that some internet trolls have made “burner” accounts to trash The Last Jedi. 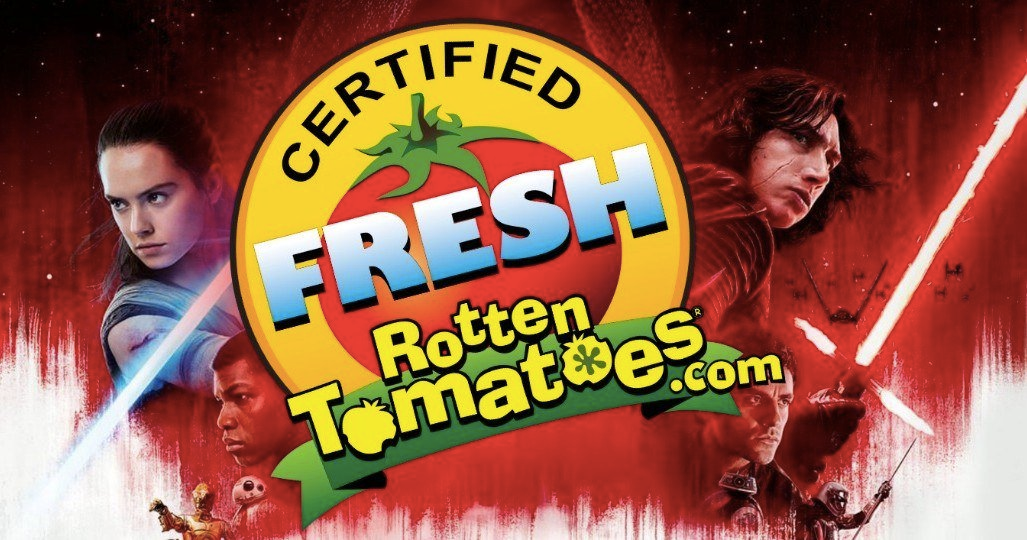 It’s inevitable, a new Star Wars movie comes out and it’s polarizing amongst fans who will argue their point until they’re blue in the face. Rotten Tomatoes currently has The Last Jedi with a 93% Fresh rating with a 56% User Score. The numbers do look fishy, especially when you take the Cinemascore rating into consideration. Cinemascore takes in-person opinion surveys from audiences exiting theaters at the conclusion of movies in an effort to get a realistic audience score. The Cinemascore “A” rating would imply that real-life audience opinion is much more in line with the critics than the online User Scores, suggesting that something may be off with the ratings over at Rotten Tomatoes User’s section.

So it appears a delegation from Anonymous/4chan who are butthurt DC Fanboys are now trolling https://t.co/80ccjjqMl5 trying to get the Audience Score of Star Wars: The Last Jedi down below the Critics score of Justice League as some kind of nerd revenge plot.

It’s 2017 and troll culture is very much a part of everyday life on the internet, but nowhere is that more apparent than the infamous website 4chan. Anonymous users on the forum-like site have admitted to making multiple “burner” accounts to give The Last Jedi a bad score on Rotten Tomatoes in an effort to anger Star Wars fans. One user said that he/she had over a dozen accounts specifically to trash The Last Jedi, which apparently is really easy to do and only takes a few minutes. However, to write a few bad reviews takes some more time and really shows the effort in the mission to tear down the movie.

Some of the reviews have even been credited to bots, which further politicizes the reviews on Rotten Tomatoes, much like the last United States election. Reviews for The Last Jedi tend to use some of the same rhetoric as Trump supporters including such phrases as “Social Justice Warrior” and “forced diversity” along with some more that aren’t appropriate to write. It’s fun to hate on the popular things, but the internet trolls of 2017 may have just raised the bar up a few notches and into a perverse art form.

One thing that remains to be true is that The Last Jedi is a polarizing movie in the Star Wars universe. Many fans support Rian Johnson’s ability to take risks and make a Star Wars movie that nobody has ever seen as opposed to J.J. Abrams’ The Force Awakens, which was criticized for being too much like A New Hope. While several fans flat out hate the movie, and blame Johnson and Disney for ruining the franchise. Whatever the case may be, the User Score at Rotten Tomatoes may have some fake news thrown in. You can read some of the user reviews via Rotten Tomatoes.

The last Jedi is already a flop. Fake reviews online. Look at the REAL reviews by REAL users!#LastJedi