Charlie Bit My Finger was one of the most popular videos on Facebook ten years ago and it is still the second most viewed non-music video on YouTube.

The video wasn’t overly hilarious. It had just enough cute, funny and ‘awww’ to make it viral. As I’m sure you all know, it features baby Charlie with his brother Harry. Harry sticks his finger in Charlie’s mouth and what follows is the stuff that viral videos are made of!

If you’ve been living on Pluto and haven’t seen this video yet, check it out here:

It’s been ten years now since that happened, so the boys are all grown. Harry is 13 years old and Charlie is 11. It has been a long time for the boys as the video has had 850 million views since it was uploaded 10 years ago. This makes it the 90th most watched clip on YouTube. They held the number 1 spot for 171 days in October 2009 before Lady Gaga’s ‘Bad Romance’ took their spot. 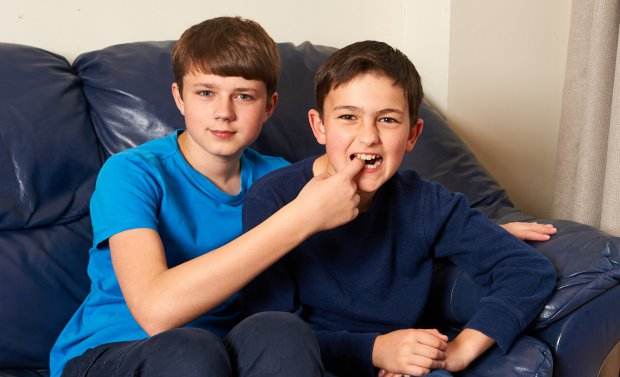 The boys’ careers did not end with YouTube. They were flown all over the world for TV appearances, according to The Metro. Their 55 seconds of fame earned them a whopping £1 million. Charlie commented to the news site, “The video has made money? What money?”

They even starred in ads for Renault, EE, Delta Air Lines, and Ragu and Gerber.

Howard, their dad said the clip was only meant to seen by their family and friends. “In 2007, sharing video files – about 50 megabytes – was hard. It was too big for email, so YouTube stood out as a great vehicle to share videos.” He didn’t take the video down when he saw that its views were skyrocketing every day.

If you’re wondering what is the most watched video currently, it Psy’s ‘Gangnam Style’ with a massive 2.84 billion views. In second position, you have ‘See You Again’ by Wiz Khalifa and Charlie Puth, with 2.74 billion views.

In third position is Justin Bieber’s ‘Sorry’, and Mark Ronson and Bruno Mars’ hit, ‘Uptown Funk’, comes in at fourth.

This year alone Charlie Bit My Finger has been viewed 3.5 million times even though it is ten years old!