Do you own a cat? Well, let me rephrase that… do you have a cat that owns you?

Every human that belongs to a cat knows that our feline friends are pretty picky. They like things a certain way and they aren’t big fans of change.

While cats can be finicky, they are wildly entertaining to have around. They make every day interesting!

If you move something in your house, chances are the cat will have an opinion on it. And don’t even get me started on how cats react to being touched on their bellies!

One young girl has captured the reality of living with a cat in an adorable interview she conducted with her own cat.

10-year-old Gabi Duane, from Dublin, Ireland sat down with her black cat Coco to have a quick chat and things went south rather fast.

According to the Huffington Post, Gabi was inspired to conduct the interview based on those diagrams on “where to pet your cat.”

Which, if you live with a cat, you know that there aren’t many safe places on a cat’s body to pet.

Did you know there is a reason our cats trick us into petting their bellies when they roll over on their back? It is an instinct for cats to use their claws and teeth if they are attacked, so when we pet their bellies, they are just trying to defend themselves from our invasive hands! 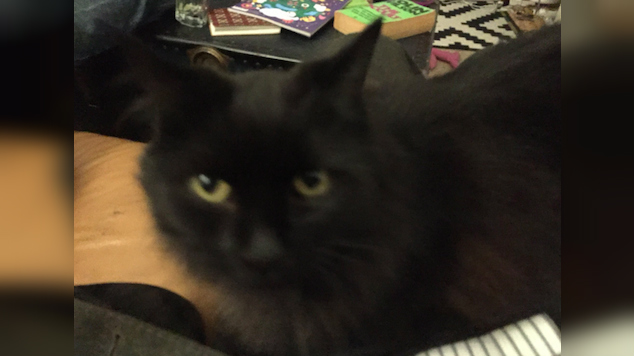 Gabi’s father, Paul Duane, on Twitter for his followers and it quickly went viral. The tweet has over 173,000 likes now.

Paul also shared a photo of Coco for everyone’s reference, though the image is blurry because she is impossible to photograph according to Paul!

In the interview, Gabi wrote with a few crossed-out words:

Coco: YOU ARE FORBIDDEN TO EVER TOUCH MY TUMMY!! 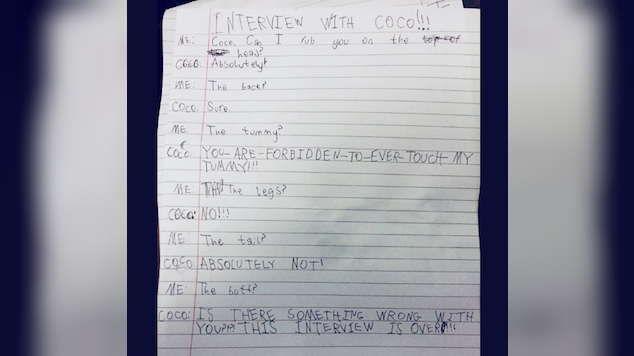 Coco: IS THERE SOMETHING WRONG WITH YOU?!?! THIS INTERVIEW IS OVER!! 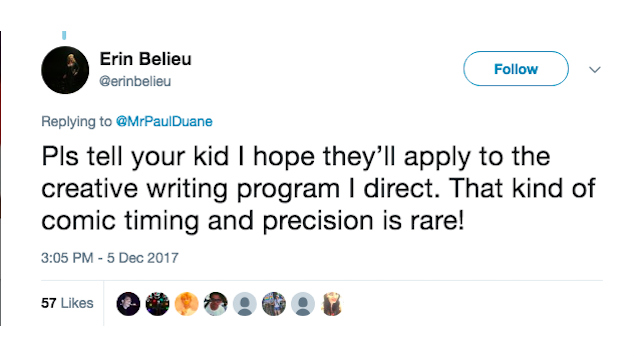 Coco was not keen on the idea of having someone touch her pretty much anywhere but the head! And the back. To be fair, Gabi should have known Coco would not want anyone touching her butt.

Gabi’s hilarious interview has gained attention all over the web and many are letting her know that they think her writing is incredible!